History of Yugoslavia: From Unity To Self-Destruction

The Balkans is a territory with a significant cultural mix and distinct political identities. The element of unity of these different identities is that they are territories populated mainly by Slavic-speaking inhabitants. 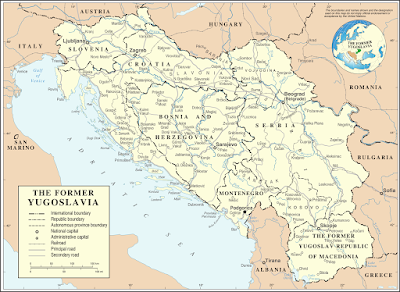 In the 4th century, Emperor Justinian decided to divide the Roman Empire into two hemispheres, Greek and Latin, and the border was fixed in what is known today as the Western Balkans, in the territory of present-day Bosnia. Centuries later this area was the place of confrontation between the Austro-Hungarian Empire and the Ottoman Empire. 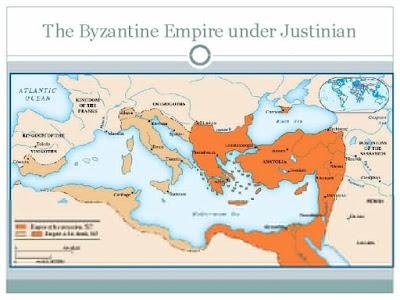 Being a border area in the Balkans, two alphabets are used, the Cyrillic introduced by the Greek-Byzantine missionaries and the Latin alphabet. In addition, there are three variant ethnic groups: Serbs, Croats and Muslims (Bosnians). Although there are numerous cultural elements in common, religion is a differentiating element where there are Orthodox Christians, Catholic Christians and Muslims.

There have been different political configurations by virtue of this diversity that have been at odds with each other throughout history, but on several occasions in the 20th century these ethnic groups came to be organized under a single state.

From the end of the 19th and 20th centuries, Slavic nationalists belonging to the intelligentsia began to reflect on how the political organization of the Balkans should be, two currents emerged: the supporters of the Great Serbia, formed by the Kingdom of Serbia, which would include Bosnia-Herzegovina, a stretch of the Adriatic coast and part of Croatia and Slovenia, and on the other hand, the Yugoslav project.

The Serbian project was centralist and monarchical, foreseeing the Karadordevic dynasty to occupy the throne, and the Yugoslav project advocated the formation of a federal state and was defended by Bosnians, Slovenes and Austro-Hungarians.

The advocates of the federal model argued that the Balkan communities had been a single people in the Middle Ages and should therefore play down the differences that separated them, particularly religious ones, and join forces in building a federated state.

The creation of Yugoslavia took place at the end of the First World War and after the decomposition of the central empires. The State of Yugoslavia was proclaimed in a hasty manner, when the debates on the state model were not closed and there was no consensus on how to politically structure the union of the Slavs, but still, on December 1, 1918 Yugoslavia was proclaimed, with the Serbian Karadordevic dynasty on the throne, with Alexander I.

The tasks of the new government included cohesion of the country politically and economically, of great complexity due to the diversity of nationalities and religions, and in addition it was a very heterogeneous country from the economic point of view, for example, in the north the illiteracy rate was around 10% and in the south it exceeded 80%.

In 1928 the first tensions between Serbian nationalism and the other nationalities of the country occurred after the assassination of Stjeoan Radic, who was the leader of the Croatian Peasant Party.

Faced with such a situation, on January 6, 1929, the king staged a coup d’état against himself, abrogated the Constitution and installed a personal dictatorship, changed the name to Kingdom of Yugoslavia and decreed a new territorial organization obviating the historical nationalities and with a geopolitical vision centered on Greater Serbia, as the predominant axis of the nation.

Alexander I was finally assassinated in Marseilles by a Bulgarian with the help of Croatian factions in exile, he was succeeded by his son Peter II but because he was too young to rule, Prince Paul ruled the country until 1941 when there was a coup d’état because of his pro-German policy, so Peter II acceded early to the throne.

The coup was a challenge from the population against Adolf Hitler, who from that moment on was determined to take control of Yugoslavia in order to move it away from the Soviet Union. The Kingdom of Yugoslavia ends on April 6, 1941, when Nazi Germany bombs Belgrade and the country is invaded by Germany, Italy, Bulgaria, Hungary and Romania.

Yugoslavia was invaded on all its borders during World War II, except the one it shared with Greece, and the country de facto disappeared. Two puppet regimes were formed: the Independent State of Croatia and the Government of National Salvation of Serbia. On April 17, 1941, the capitulation was signed and King Peter II and the government of the nation went into exile in London.

A former army colonel named Dragoljub Mihajlovic began to build what would become the resistance to the occupation, the Chetniks, who were Serbian fighters of Serbian and monarchist nationalist tendencies, were the first to organize the resistance against the Germans and their allies. Josip Broz, Marshal Tito, a Croatian communist, created an anti-fascist partisan movement that sought coalitions with other resistance groups in the country.

The army organized by Tito did not receive any help from the Allies, but nevertheless won two victories against the invaders of the country in the battles of Veretva and Sutjeska. From 1943 the Yugoslav resistance forces began to coordinate their actions with those of the Allies in the Mediterranean. After the capitulation of Italy, the Yugoslav National Liberation Army disarmed the Italian divisions.

In the autumn of 1943, the Yugoslav National Liberation Army was composed of some 300,000 men who were organized in 27 divisions, in addition to numerous brigades and partisan detachments that controlled more than half of the Yugoslav territory.

During the Teheran Conference, Allied leaders Churchill, Stalin and Roosevelt decided to support the Yugoslav partisans with material supplies and commando operations.

Tito’s partisans, in collaboration with the Soviet army, liberated Belgrade on October 20, although the Germans held out in parts of Bosnia, Croatia and Slovenia until May 1945.

The consequences of World War II were disastrous for the territories that had made up Yugoslavia. A total of 1,706,000 people lost their lives, one out of every 10 inhabitants, and many cities were left in ruins.

After World War II, the partisans who had defeated the Nazis took over the restructuring of the country. On November 29, 1946, the Socialist Federal Republic of Yugoslavia was proclaimed, which was established as a socialist state consisting of the socialist republics of Bosnia and Herzegovina, Croatia, Slovenia, Macedonia, Montenegro and Serbia. The Yugoslav Constitution of 1974 emphasized the socialist and federal character of the Republic, since the autonomy of the republics that made up the country was increased.

The death of Josip Broz, Marshal Tito, the partisan leader who ruled the country with an iron fist, in 1980 left a great vacuum in the leadership of the Federation of Yugoslavia.

There was a confrontation within the Communist Party, which had absolute control of the structure of the State, and there were also certain tensions between the more developed regions and those that had maintained a more archaic system of production, in 1945 the income of Slovenia was three times that of Kosovo and a quarter of a century later, it was six to one.

As a leader accepted by all parties could not be found, the League of Communists of Yugoslavia determined the rotating character of the presidency, but the local leaders were not able to maintain an effective party linkage, and began to adopt a nationalist discourse.

When Slobodan Milosevic, elected president of Serbia, received the rotating power of the Federation in 1987, he exercised his duties with very abrupt changes: he transformed the League of Communists of Yugoslavia into the Yugoslav Socialist Party, changed the doctrine of the Yugoslav People’s Army because he centralized all the dependence and eliminated the authority of the other presidents of the other republics, reduced the autonomy of Kosovo and agreed with Franjo Tudjman, Croatian president, the division of the Bosnian territories in favor of Serbia and Croatia.

The project failed when the Serbian militias had to confront the Croatian independence fighters and Milosevic tried to annex the Croatian region of Krajina to Serbia, which led to the definitive outbreak of war.

It was in Kosovo that nationalist tensions first flared up. The economic crisis throughout Yugoslavia caused a migration from rural areas to the big cities. In Kosovo the Serbian population withdrew and increased the weight of the Albanians, the only non-Slavs in Yugoslavia, demanding more autonomy, which was denied by Belgrade.

Serbian nationalism began to denounce the persecution of Serbs in Kosovo, and little by little the Serbian nationalist discourse that identified Yugoslavia with Serbia and proclaimed its superiority with respect to other communities in the country and the right to lead Yugoslavia began to grow. Milosevic was able to rally all Serbs around the common cause of Greater Serbia, regardless of where they lived within Yugoslavia.

The Serb minorities in Croatia and Bosnia demanded recognition of their identity and claimed autonomous territories for themselves. Belgrade pushed for the recognition of the minorities and the other republics of the territory denounced the expansionism of Greater Serbia.

During the XIV extraordinary congress of the League of Communists in January 1990 there was a clear confrontation between the delegations of the different regions, the Croatian and Slovenian delegations asked for more decentralization while the Serbian delegation, which had the support of Kosovo, Vojvodina, Bosnia and Montenegro, was in favor of more centralization in their favor.

The Croatian and Slovenian delegations left the Congress and called for legislative elections in April and May of that year, which were won by former communist leaders now converted into nationalist leaders. The entire federal community was being stained by the growing nationalism of the different republics that made it up.

Serbia, the largest, richest and most populous republic, sought to bring the whole of Yugoslavia under its rule, and the other republics reacted with the same nationalist discourse. 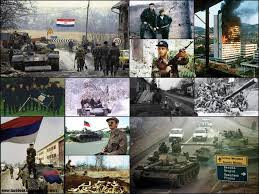 For ten years, a series of interlinked and interconnected conflicts took place in the former Republic of Yugoslavia, with dramatic consequences for its inhabitants. Some republics clashed with others and even minority communities within the newly created states identified more with the republic next door than with their own.

Some 300,000 people died in the successive wars of Yugoslavia’s decomposition and between 2.5 and 4 million people were displaced, the economic damage was tremendous because entire cities were destroyed and transport infrastructures and facilities were seriously damaged.

Apart from the civil wars between the different republics, all kinds of ethnic cleansing took place during the conflicts. At the end of the wars, the main protagonists were accused of genocide and tried for war crimes.

When the wars ended, Yugoslavia no longer existed and there were five new countries in Europe: Bosnia and Herzegovina, Croatia, Slovenia, Republic of Macedonia and Serbia and Montenegro, which would later secede in 2006.