Napoleon Bonaparte: The Son of The Revolution

Napoleon Bonaparte was born on August 15, 1769 in Ajaccio (Corsica) into a family of Corsican notables. The history would end up knowing him by the “Frenchified” name and would forget that, in origin, he was called Napoleone di Buonaparte. He did his military studies in France and linked his military career to the French Revolution, which earned him the nickname “Son of the Revolution”. He managed to appropriate the military knowledge of the time, as well as that of the past, and make them converge in what would become his ideology.

When the revolts broke out in France in 1789, Napoleon was an artillery lieutenant and participated in the political struggles in Corsica. He led the artillery in the reconquest of Toulon, which lasted from September to December 1793. However, the fall of Robespierre in July 1794 returned him to anonymity, causing him to be taken prisoner for some time and demoted.

But on October 5, 1795 he was summoned by Paul Barras to suppress the royalist and counter-revolutionary uprising that had arisen in Paris in protest against the excesses of the revolution. Thus, with an improvised army, he defended the Convention in the Tuilleries Palace. With that triumph, Napoleon managed to be noticed and gained much fame among the leaders of the new Directory.

Shortly thereafter, on March 9, 1796, Napoleon married Josephine de Beauharnais. This would continue until 1810, when he married Marie Louise of Austria, who in 1811 gave birth to a son, the King of Rome, Napoleon II.

That same month of March 1796, he received the command of the French army in Italy. There he carried out several vital campaigns for France, such as the expulsion of the Austrian troops and the defeat of the papal troops. Through peace treaties, he shaped Italy to his liking. He dissolved the Venetian state and created the Cisalpine Republic, the future kingdom of Italy. These missions revealed Napoleon as a great strategist and a brilliant statesman, for which he was granted the rank of General.

However, Napoleon’s victories were not received with such joy by the Directory. Seeing what he did in Italy, they were afraid of possible reprisals within France and sent him away, entrusting him with a mission in Egypt (1798-1799). This task again demonstrated the talent of the young military man. He organized Egypt, defeated the Turks in Syria and returned to France, which was in its most unstable period, in October 1799.

Once back, the moderates, among whom was one of the Directors named Emmanuel-Joseph Sieyès, entrusted him with the mission to unseat the Directory in order to restore order to the Republic, which was bankrupt and harassed by foreign nations. Thus, Napoleon’s troops dissolved all the councils and Sieyès, Ducos and the general himself remained as provisional consuls. Before Sieyès could seize power, Napoleon drafted the Constitution of the Year VIII, proclaiming himself First Consul of the Republic.

The winter of 1800 was enough for the newly appointed First Consul to organize the justice, administration and economy of France. In addition, he turned against Austria who, during his stay in Egypt, had convened the Second Coalition to overthrow the French Republic. He defeated them and imposed on them the Peace of Lunéville on February 9, 1801. Something similar happened with the British, who laid down their arms in the Peace of Amiens on March 25, 1802.

Napoleon’s power increased with the Constitution of Year X, which named him First Consul for life. In 1803 he held the offices of Consul for Life, President of the Italian Republic, mediator of the Helvetic Confederation and reoganizer of Germany. Therefore, in 1804, with all the power conferred by his positions, he proclaimed himself Napoleon I, emperor of all the French and king of Italy. A new stage began where Napoleon would express in the form of acts all his ideology, both political and military.

The established regime was completely carried away by the commands of the emperor, who created numerous measures that improved the economy, society and life in France. He consecrated the Great Empire by the Treaty of Tilsit in 1807, after the battles at Austerlitz (1805) and Jena (1806), and after defeating the Third and Fourth Coalitions (1805-1807). France was divided into 132 departments and several vassal states, such as the Confederation of the Rhine. 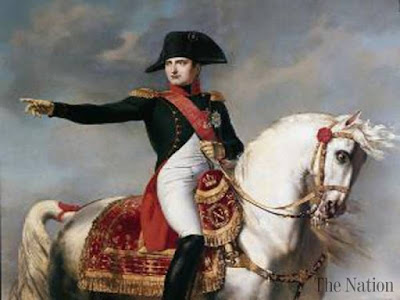 Napoleon took advantage of the existing continental peace to deploy a continental block on Great Britain, in order to ruin them. This led him to take risky decisions, such as imprisoning Pope Pius VII, intervening in Portugal (1807) and Spain (1808). While trying to establish the conquest of Spain, Austria organized the Fifth Coalition, which he defeated at Wagram in 1809.

From then on, the battles would turn against the French emperor. He entered Russia in 1812 and reached Moscow. However, the retreat was a disaster, due to the cold and the tactics of burning fields employed by the Russian army of Tsar Alexander I. Taking advantage of the situation, Eastern Europe revolted. From October 16 to 19, 1813, the Battle of the Nations took place in Leipzig (Prussia), which Napoleon lost. France was invaded from the south and east. The allies entered Paris on March 31, 1814. They made him abdicate in favor of his son and later, in April, he signed the total renunciation in Fontainebleau. 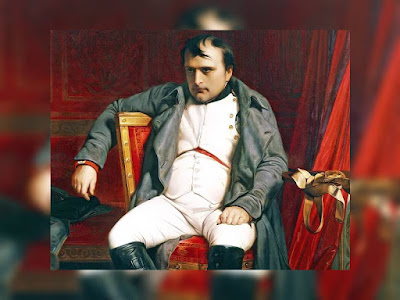 After resigning, he was exiled to the island of Elba, where he remained between May 1814 and March 1815. But he planned his return to fight against what the Congress of Vienna was establishing for the European future. On March 1, 1815 he landed at Antibes and regained power for one hundred days. The French army supported the one who was once, not only the emperor of France, but the general who enlightened them in numerous battles and fought at their side.

During the Hundred Days, Napoleon established a more liberal and democratic constitution than during the Empire and called up an army of volunteers and regular soldiers. With all the men he could muster, he marched on Belgium to the famous battle of Waterloo, where he was defeated on June 18, 1815.

After this last attempt, although the population and the army supported him, the French politicians withdrew their confidence in him and he abdicated in favor of his son, Napoleon II. The English captured and imprisoned Napoleon, banishing him on July 15, 1815 to the island of St. Helena. Finally, on May 5, 1821, the “Son of the Revolution” died in complete solitude.