THIS DAY IN HISTORY: Oscar-Winning Actor Jack Nicholson Was Born…

Charismatic acting icon of Hollywood in the 70s, 80s and 90s. Jack Nicholson’s career began some time ago, under the impulse of Roger Corman, an astute producer, screenwriter and director with whom he began to collaborate in the late 50s.

After a long period in low-budget films and a lot of enthusiasm, even acting as a screenwriter, Nicholson achieved great success with his starring role in a mythical film of the late 60’s, “Easy Rider” (1969), a countercultural title directed by Dennis Hopper that Jack co-starred with his good friend Peter Fonda and Hopper himself.

Jack (John Joseph) Nicholson was born in the American town of Neptune, located in the state of New Jersey, on April 22, 1937. 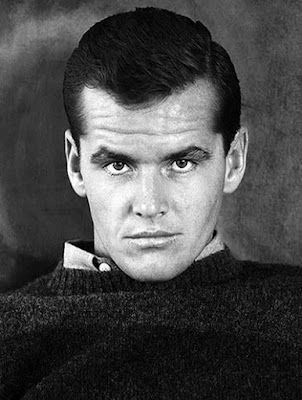 His father, Don Furcillo Rose, a man very fond of drinking who was already married, met Jack’s mother, the ‘show girl’ June Nicholson, got her pregnant and married her committing bigamy.

The name June used for her wedding was June Nilson.

Shortly after the wedding ceremony, Don abandoned his wife and little Jack, who grew up with his mother, his aunt Lorraine and his maternal grandparents Ethel May and John Joseph.

The funny thing is that Jack thought for many years that his grandparents were his parents and his mother and aunt were his older sisters.

He lived a rather lonely childhood. After finishing high school he went to the West Coast with the intention of making his way in the film industry.

He worked at Metro Goldwyn Mayer as an office boy while acting and studying acting at the Players Ring Theater.

After a theatrical performance, a character approached the young actor and asked him if he wanted to join the cast of a film he was producing.

His name was Roger Corman and the film was titled “The Cry Baby Killer” (1958).

Corman became an essential name for Jack Nicholson, because thanks to him he was able to debut on the big screen and establish himself in Hollywood throughout the next decade, a time when he soaked up the hippie and psychedelic atmosphere that was distilled in the California of the 60s, not in vain was the author of the script of “The Trip” (1967), a lysergic film about the effects of LSD directed by Roger Corman himself.

“The Cry Baby Killer”, a title produced by Corman, directed by Jus Addis and co-starring Harry Lauter and Carolyn Mitchell, was followed by other Roger Corman films such as “Little Shop Of Horrors” (1960), “The Raven” (1963), “The Terror” (1963), “The St. Valentine’s Day Massacre” (1967) or the aforementioned “The Trip” (1967), appearing credited in this last title only as a screenwriter.

In the 60’s he also collaborated in screenplays, production and acting with another Corman’s disciple, director Monte Hellman, with whom he recorded several films, among them the interesting western “The Shooting” (1966), and with Richard Rush, with whom he appeared in “Hells Angels On Wheels” (1967) or “Psych-Out” (1968).

In 1969, Nicholson became known to the general public for his performance in Dennis Hopper’s “Easy Rider” (1969), which earned him an Oscar nomination for Best Supporting Actor.

The winner was Gig Young for “They Shoot Horses, Don’t They?”.

Sandra and Jack divorced in 1968 after having a daughter together in 1963, whom they named Jennifer.

The decade of the 70’s was the stage of his consecration as an actor.

The other nominees were Walter Matthau for “The Sunshine Boys,” Al Pacino for “Dog Day Afternoon,” James Withmore for “Give ’em Hell, Harry!” (1975) and Maximilian Schell for “The Man in the Glass Booth”.

In addition to these films, in the 70s Jack Nicholson starred in other notable films, such as “Carnal Knowledge” (1970), a Mike Nichols title co-starring Art Garfunkel, Ann-Margret and Candice Bergen; “Reporter” (1975) by Michelangelo Antonioni; the adaptation of the Who’s rock-opera “Tommy” (1975), directed by Ken Russell, or “The Last Tycoon” (1976) by Elia Kazan.

If in the 60’s he uncovered his facet as a screenwriter and director (he collaborated in the direction of “The Terror”), in the 70’s he continued his career as a director making titles such as “Those Years” (1972) and “Camino Del Sur” (1979).

In 1970 his son Caleb Goddard was born from his relationship with actress Susan Anspach (1942).

In between, Nicholson had several relationships apart from his relationship with Angelica.

With one of them he had his daughter Honey (born in 1981), fruit of his relationship with the model Winnie Hollman.

His triumphant career in the 70s did not decline in the following decade, consolidating Nicholson as one of the great male stars of world cinema.

New statuette nominations for “Reds” (1981), the Warren Beatty film for which he was nominated for best supporting actor (John Gielgud won for “Arthur”), John Huston’s “Prizzi’s Honor” (1985), as best leading actor (the award went to William Hurt for “Kiss of the Spider Woman”), a category for which he was nominated again for “Ironweed” (1987), a film co-starring Meryl Streep and directed by Héctor Babenco (the winner was Michael Douglas for “Wall Street”).

The Oscar in the 80’s he won as best supporting actor for “Terms of Endearment” (1983), the other nominees being Charles Durning for “To Be Or Not To Be”, Sam Shepard for “The Right Stuff”, Rip Torn for “Cross Creek” and John Litgow, his co-star in “Terms of Endearment”.

Curiously, he was not nominated for his most popular films in this decade, neither for “The Shining” (1980), a Stanley Kubrick film based on a Stephen King novel, nor for “The Postman Always Rings Twice” (1981), a Bob Rafelson film, based on a James M. Cain novel, in which he shared a torrid romance with Jessica Lange, who played a role that in the 1940s had been played by Lana Turner. Nicholson’s role in the previous film directed by Tay Garnett had been played by John Garfield. 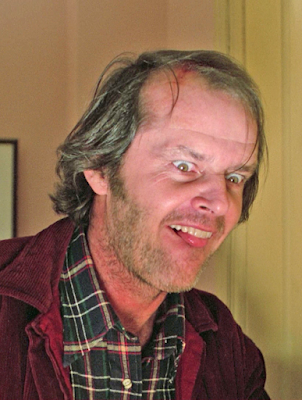 With the turn of the decade, Nicholson’s number of films dropped significantly, but his prestige as a performer remained intact.

As for his love life and after his breakup with Anjelica Huston, he had an affair with actress and model Rebecca Broussard (born in 1963, more than twenty-five years younger), with whom he had two other children (five in total): Lorraine (born in 1990) and Raymond (1992). 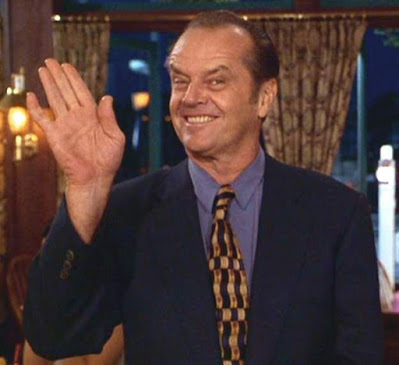 The previous nomination for best supporting actor for “A Few Good Men” (won by Gene Hackman for “Unforgiven”), was another professional recognition to one of the great and legendary names of Hollywood acting in the second half of the twentieth century.

At the turn of the century, Nicholson was directed by Alexander Payne in “About Schmidt” (2002); shared credits with Adam Sandler in the comedy “Anger Management” (2003) and with Diane Keaton in “Something’s Gotta Give” (2003); starred for Martin Scorsese in the crime story “The Departed” (2006); and, among other projects, accompanied Morgan Freeman in “The Bucket List” (2007).