This Day In History: William Shakespeare, The English Poet and Playwright, Was Born

Shakespeare’s very studied life continues to be a welter of unknowns and myths, starting from the exact date of his birth, through his adolescence and even in specific periods of his life. The data that have been accumulated, through sources such as ecclesiastical records, private and public correspondence, etc., have not been able to fill all the gaps around his biography.

In the year 1564 and on a date that has not yet been fully established, in the small English town of Stratford-upon-Avon, John Shakespeare’s prosperous and prolific family welcomed a new member. Neither his father nor his mother, Mary Arden, were aware at the time that they had given birth to what would be considered in the future as the “greatest tragedian” in history and undoubtedly the most universal playwright of all times: William Shakespeare. On April 23rd of that same year, his baptism was recorded in Stratford, hence this date is associated with the date of his birth.

The Shakespeare family had enjoyed a favorable economic position. John was engaged in local business and trade, but the real fortune came from the positions of authority he held in the Stratford government. This favorable position enabled the family to provide their son with a prestigious education. At the Grammar School in Stratford, William was taught rhetoric, English grammar and classical languages, where he developed his passion for literature and acquired the basic linguistic skills that he would eventually master, as he demonstrates in each of his works.

However, the England of Elizabeth I and, in general, Renaissance Europe, still locked in a feudal economic system, was a world full of disagreements and misfortunes for family economies. Shakespeare’s father incurred significant debts that forced him to sell land and led to an unfavorable economic situation.

When he was only 15 years old, William had to leave school and dedicate himself to help the family economically, putting aside books and the cultivation of his literary qualities to carry out some trades, of which biographers and historians do not know much information.

What is known from letters and other documents that have been preserved is that Shakespeare had relations in the summer of 1582 with a bourgeois woman from a prosperous family named Anne Hathaway, whom he left pregnant with his future daughter, Susanna. The religious morality of that society forced the couple to marry quickly before Anne gave birth. And by 1585 two more children would be born, twins Hamnet and Judith. 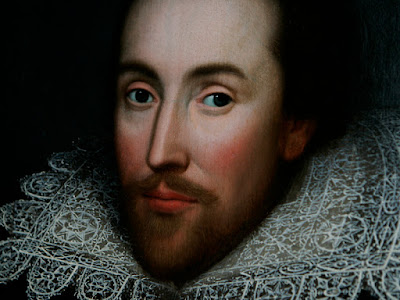 Shortly thereafter William temporarily abandoned his family and moved to London, for reasons also unclear. According to legends, Sir Thomas Lucy de Chercelot, magistrate of Stratford, sued the playwright for trespassing on one of his estates and poaching deer on it. Shakespeare wrote an insulting ballad against him that earned him persecution by the authorities, so he fled to the English capital.

There he occupied some also unknown positions, which some relate to the custody of the horses of lords who came to the theater. Something plausible since, at that time, his relationships with actors and theater staff led him to enter the world of dramatic spectacle, performing in the beginning some minor tasks, such as assistant prompter. This experience inside the machinery of the theater would be reflected in later works, since most of his comedies and tragedies include comments, some glorious and others critical and satirical, about the world of actors and dramaturgy.

In 1591, Shakespeare began his wanderings as a writer of comedies. The first of these was The Comedy of Mistakes (1591), a short play inspired by a play by Plautus. Until 1596, his life was full of ups and downs, as the Black Death attacked the city of London and many theater companies went bankrupt. This epidemic, which lasted from 1592 to about ’94, explains to some extent William’s reclusion and his motivation to devote himself to writing.

In this first stage of consolidation of Shakespeare’s unique style, he focused on writing comedies such as The Taming of the Shrew, whose date has not been confirmed but is likely to be ascribed to this period as it follows the character of his early plays, or The Two Noblemen of Verona (1592).

But in addition to satirical plays, at least among the most ingenious in terms of their burlesque and comic aspect, Shakespeare developed a serious passion for the history of his country. Proof of this are the first historical cycles of Henry VI, Henry VI and Richard III, composed between 1590 and 1597.

Likewise, fascinated by Roman civilization, he composed the tragedy Titus Andronicus (1594) and only a year later, one of his most famous and universal works, an overwhelming and unprecedented tragedy that raised him as a paradigm of the English theater, but worldwide, of the Renaissance: Romeo and Juliet (1595), inspired by an Italian legend.

By this time, Shakespeare’s fame must have already enjoyed considerable prestige, as he was sponsored by the English patron Henry Wriothelsey, the Earl of Southampton and Baron of Titchfield, to whom he dedicated the classical poems Venus and Adonis and The Rape of Lucrece, which are examples of the wide versatility of a playwright who dares to venture into the experience of the lyric, gathering influences from Greco-Roman style and classical mythology.

Until 1600, Shakespeare developed the technical elements he had previously tested, such as the reflection of the intimate character of the characters through dialogue and monologue, with plays such as The Merchant of Venice (1597), Much Ado About Nothing (1598) and As You Like It (1599-1560). In these plays he began to investigate all kinds of aspects of life and human existence, such as justice, courage, the ephemerality of wealth, Fortune…, a contribution of wit, of capacity for philosophical and existential discourse, which would reach its peak in the plays composed from 1600 onwards.

Around 1600, Shakespeare managed to become a co-owner member of the Lord Chamberlain’s Company, where he had begun working as an assistant. Gradually rising through the ranks, he not only managed to write plays and perform them before great personalities, but also participated in the company’s business as a shareholder and often acted as an actor.

Hamlet (1600) was consecrated as the apogee of Shakespearean tragedy. His studied language, the metaphysical character of the dialogues and the approach to very broad themes, such as revenge and madness, but which go beyond mere reality, lead him to compose one of his most fantastic works. 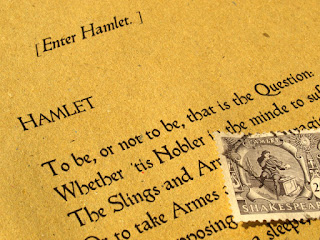 The following would be the confirmation of his language, his style and his introspection of life: Othello (1602), King Lear (1605) and Macbeth (1606). All of them, serve the playwright to show the entire field of the human condition, through brilliant phrases and unexpected turns, accompanied by a unique mastery of language.

Likewise, he would take the classical influence of the previous works a step further, not only concentrating in them the essence of the characters and styles of Roman authors such as Plutarch, but adapting them to the contemporaneity of the author. In Julius Caesar (1599), Antony and Cleopatra (1606) or Timon of Athens (1608), Shakespeare’s Rome or Greece is the England of his time, and could well be the society of our own day.

His last years in the King’s Company, which is how the Lord Chamberlain’s Company began to be called from 1603, were not so productive, but Shakespeare devoted himself to developing his more philosophical side and to combining tenderness, tolerance and humanity in plays such as Cymbeline (1610), Winter’s Tale (1611) and The Tempest (1612). 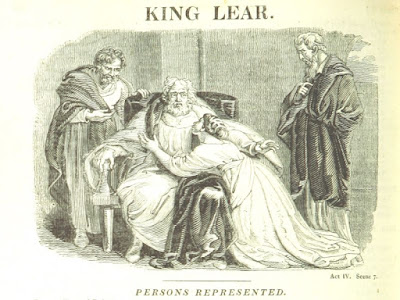 After a prolific life, in which Shakespeare devoted himself fully to all fields of drama and other literary genres, in 1613 he retired to his hometown and led a quiet life until his death on April 23, 1606. In his epitaph there is a phrase that he apparently composed himself and that certainly reminds us of Hamlet’s reflections on the ephemeral nature of life:

“GOOD FRIEND, FOR THE LOVE OF JESUS REFRAIN FROM DIGGING UP THE DUST HERE ENCLOSED BLESSED BE THE MAN WHO RESPECTS THESE STONES AND DAMNED BE HE WHO REMOVES MY BONES.”

Much of Shakespeare’s works were collected post mortem by two of his friends, John Heminges and Henry Condell, seven years after his death in 1623. The so-called First Folio contained 36 of the author’s plays and included a portrait of William that became famous throughout Europe:

In short, what Shakespeare achieved in the 15th and 16th centuries was to elevate each and every one of his dramas to a higher plane that understands no limits. The contrast of values in his plays (greatness and misery, dignity and mockery, reality and fantasy, wisdom and passion, sublimity and decadence…) becomes so universalistic that it makes them transcend the barriers of time and space; hence, from all of them, lessons and disquisitions applicable to any moment in history and practically anywhere in the world can be drawn.

His totalizing vision of reality led him to combine multiple tragic and philosophical aspects with grotesque and comic passages in his works. At the same time, Shakespeare’s lyricism knows no equal, leading his era and his work to be considered the zenith of the theater of all times. 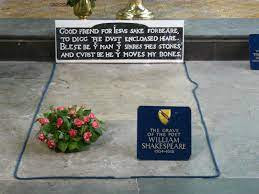 To conclude, the words of another great genius, Goethe, sum up in a masterly way everything that could be said about this author and are another example of the great inspiration he has instilled in the great artists, thinkers and writers of history:

“THERE IS NO MOMENT, NO SUBJECT OF LIFE THAT HE HAS NOT REPRESENTED AND EXPRESSED, AND ALL THIS, WITH WHAT UNEQUALLED AGILITY AND FREEDOM! ALL PRAISE WOULD BE INSUFFICIENT.”