U.S. President Donald Trump announced Wednesday he will launch his own social media platform, TRUTH Social, according to a press release by Trump Media and Technology Group (TMTG).

Trump’s new social network is set to launch a beta version in November, which will be available to invited guests only. Its national rollout is expected in the first quarter of 2022, the press release said. 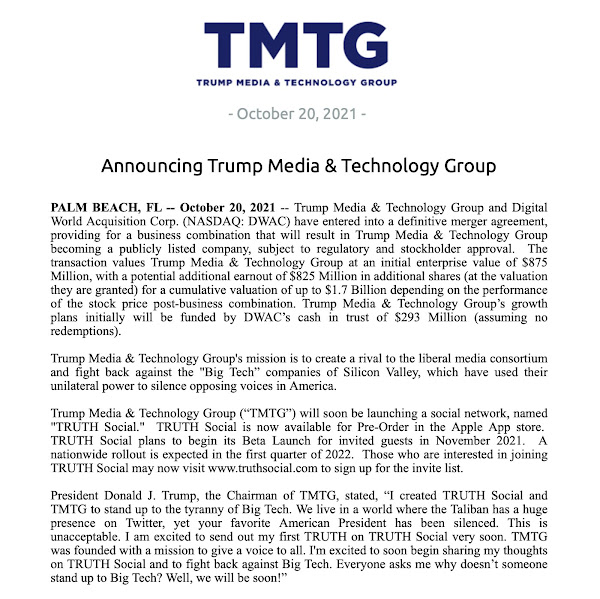