U.S. President Donald Trump’s plan to create a new social media app after Twitter and Facebook barred him from their platforms this year won an endorsement from investors on Thursday who sent shares in a shell company backing the effort soaring.

Trump Media and Technology Group and Digital World Acquisition Corp, a Special Purpose Acquisition Vehicle, said on Wednesday they would merge to create a new social media app called TRUTH Social. Trump’s company said it plans a beta launch next month and a full roll-out in the first quarter of 2022.

Shares of Miami-based Digital World surged 357% to $45.50 on the Nasdaq. SPACs such as Digital World use money raised through an initial public offering to take a private company public. 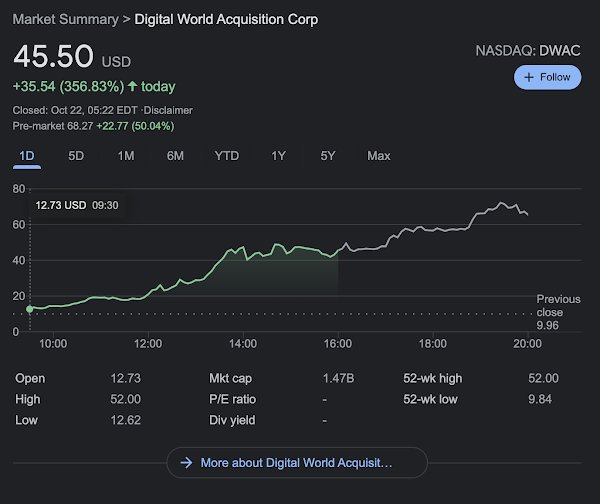