California fire officials worked to contain a large fire at a Home Depot in San Jose that could be seen from outer space because of its enormous size.

Authorities asked local residents to avoid this commercial area in the southern part of San Jose at all costs as California firefighters deal with the five-alarm blaze, they reported.

So far there have been no reports of injuries from the fire. It has not yet been clarified how or when the fire started at the site.

UPDATE: If you live/work in the area of this fire on Bascom Ave and smell smoke, we recommend that you shelter in place. Close all doors and windows to minimize smoke from getting inside. Crews in defensive fire attack working to contain fire from spreading from unit of origin.

“If you live/work in the area of this fire on Bascom Ave and smell smoke, we recommend you shelter in place. Close all doors and windows to minimize smoke from getting inside,” tweeted the SDFD.

A pet care facility in the area was evacuated and owners of animals remaining in the hospital were informed to gather at a specific location to pick them up, officials said. 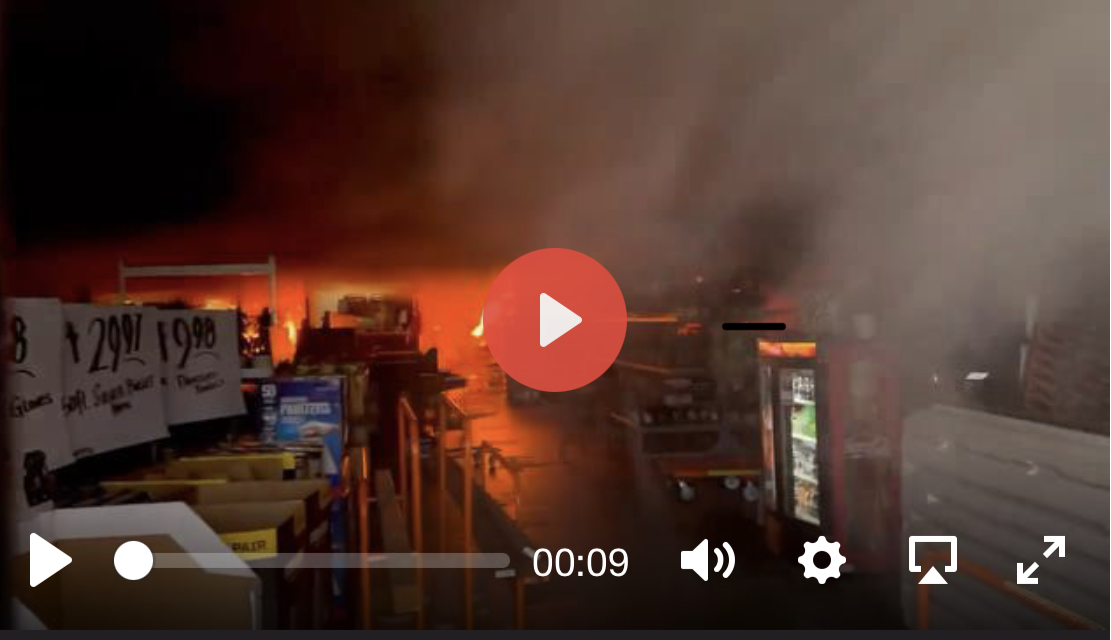 #Exclusive Aerial view of devastating #SJ 5-alarm at #HomeDepot on Blossom Hill Road from #SantaClaraCo #Sheriff helicopter Star One. You can see why @SJFD and other #firefighters have to work so hard to try to contain it. pic.twitter.com/f6aPJpBWhL

A woman who lives 3 villas away from the San Jose Home Depot reported to the Fire Department on Twitter that debris was falling on her property.

According to the National Weather Service, the heat-sensing satellites above the atmosphere were able to detect the massive fire at the site.

Fire officials are expected to reassess air quality conditions this Sunday morning. The cause of the fire remains under investigation.